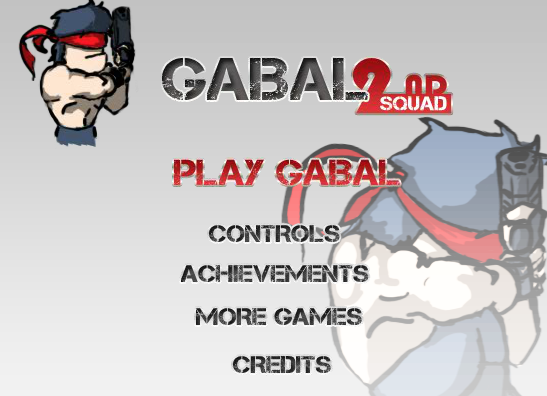 Sequel of my previous shooter Gabal,

You’re a commando leader, you move with the keyboard and shoot everybody with mouse.
With earned money  you buy upgrades of weapons for your character, or you buy teammates that you can upgrade too and that fire at the same time as you.

This time, I had fun (well, fun…after a while it sucks to draw all the animations by hand ^^’ ) to make a cartoon style game, with 2-3 little bullshit in it, to delirious to make sound effects « with the mouth© ». Small parrallax scrolling that randomly changes through levels, destructible decors, upgrades and all…

Wanna learn AS3 code and inspire from Gabal 2’s code to make a similar game?
Buy its source code for 19€